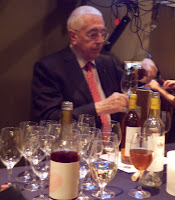 Last night, Pioneer Wine Company and Broadbent Selections hosted celebrated winemaker Serge Hochar and his son Marc of Chateau Musar for a wine tasting and dinner at The Tasting Room-Uptown.

I forgot to take any pictures of the food, but most notably, we were served some delicious lamb that paired well with both the whites and the reds and a decadent cheese plate to end the meal. 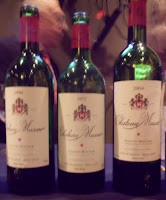 The main reason I failed at picture taking was that as soon as I met Serge, I was immediately drawn in by both the man and his wines. I have certainly met some charming winemakers along the way but his charisma is on a different level. I was fortunate enough to be seated by him while we tasted back in time through the 2004, 1999, 1990 and 1977 of his rouge and the 2005, 2001, 1981 and 1975 of his white.

As we went through the tasting, some guests wanted to ask technical questions about the winemaking to which they did not get an answer. Serge would instead ask questions back like a good teacher leading a student to their own individual epiphany. He didn't tell us the story of the wine, he politely insisted that each taster read the book and make that journey of discovery on their own. He then doled out praise for the minor insights that we made, all the while leaving us to wonder what he really thought.

His reds are made from favorite French grape varieties- Cabernet Sauvignon, Cinsault and Carignan blended together and aged into something that seems familiar yet somehow exotic. When I first sniffed the 2004, my initial thought was that it smelled like really good Rioja but when I tasted it, it didn't evoke Rioja or Spain, it evoked a place that was unknown and far away.

My favorite was the 1990 though I can't tell you why, it just spoke to me. The 2004 was really fantastic with the lamb. Most of the other guests were more familiar with Chateau Musar's red wines, I was the exception as I had only tasted the whites prior to this evening so it was quite a treat for me to be introduced to this new and interesting red.

His whites are made from Obaideh and Merwah, two grape varieties indigenous to Lebanon but thought to be related to Semillion and Chardonnay. At one point, I looked at Serge and told him that the only one of his wines that I wasn't really sure of was the 1981 white, he just smiled at me.

At the end of the dinner and the tasting, my glass of that white was completely empty, I couldn't stop going back to it and pondering. The 1975 was actually more inviting than the 1981 yet it seemed to belong in a more intimate atmosphere with lots of time to reflect over what its long story may be. The 2005 was crowd pleasing and easy drinking and it worked wonderfully with all the food. We also tasted the current release of the Musar Jeune Rosé which, while not the winemaker's favorite, is a quaffable choice during Houston's patio season.

In theory, doing a vertical tasting like this gives a taster the opportunity to see how a current vintage might progress but my impression after tasting through these eight wines was that every year was going to be a surprise, there may be some comfortable familiarity but each was going to have a different story to tell. Normally, I am not a "sum it all up in one word" kind of girl but when thinking about Serge Hochar and his wines, I can easily find that one word and it is - Intriguing. 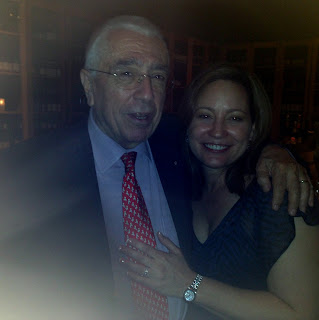 As originally seen in Galveston Monthly magazine on page 38 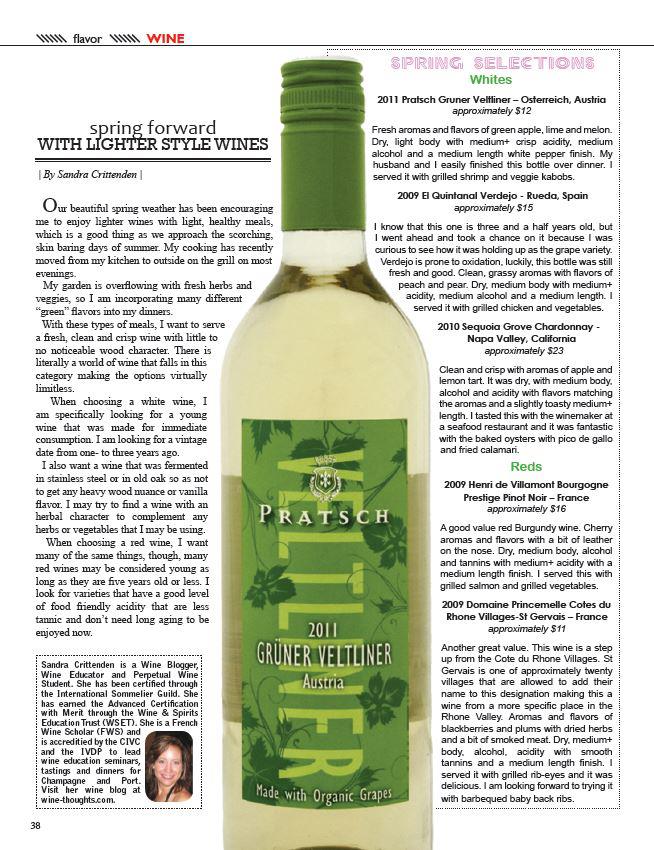