I was pleased to have the opportunity to taste the current selections of Artesa Vineyards and Winery with winemaker, Mark Beringer, while he was in town. We sat down together at Cru Wine Bar on upper Kirby to talk about not only the five years that he has put into Artesa but where he started and how he feels about where he is now and what he is doing.

Growing up Napa for Mark meant growing up as a country kid. Napa had not yet become the wine destination that we all know and love today. As a direct descendant of Jacob Beringer, the co founder of Beringer Vineyards, Mark did have many opportunities to immerse himself in all the various aspects of the wine business. He started on the low end stocking shelves and cleaning up in his parent's wine store when he was young. His uncle put him to work at his winery while Mark worked on his degree in enology in college. This was followed by a short stint at Glen Ellen and then a more illustrious career at Duckhorn from 1992-2005. After a few years of consulting, Mark joined the Artesa team in 2009. The first few years that Mark was at Artesa, he was working with the previous wine maker's wine. He had a different vision for the wine that he wanted to create.

The current selections were all overseen by him from start to finish so he was proud to show the direction that Artesa is taking their wine. As a Napa Valley native and someone who has worked the harvests for Napa and Sonoma for almost 30 years, he has great knowledge of what the different vineyard sites are able to produce. He blends these component wines to create a consistent, easy drinking style. He uses less new oak in order to showcase what the terroir creates for the more affordable Carneros line while the more expensive and complex Estate Reserve wines spend a bit more time aging in new oak barrels.


All Recommended!
The Carneros line is widely available in town and you should expect to see more of the Estate Reserve selections on restaurant menus. 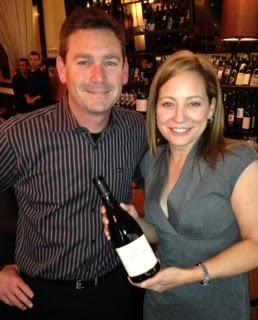 One of my husband's business associates stopped by after work. As he is a lover of Chardonnay, we opened up a bottle of the 2010 Jordan Russian River Valley for our before dinner drink.

It had fruity aromas of apple, apricot and grapefruit with matching flavors, a medium body, refreshing acidity and a long citrus and mineral finish. Delicious with cheese and crackers, it would be even better with broiled lobster and drawn butter.

As originally seen in the March 2014 issue of
Galveston Monthly magazine. 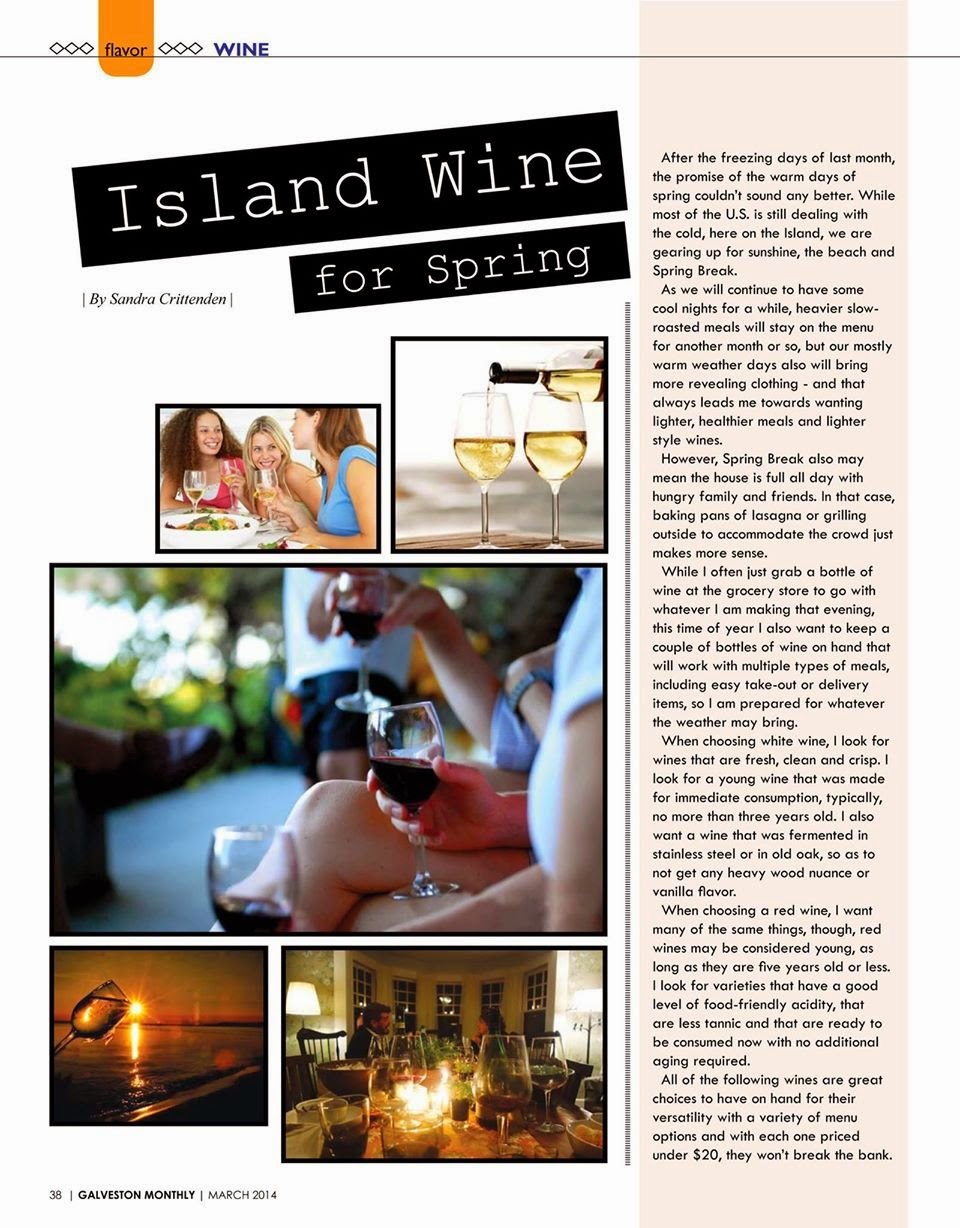 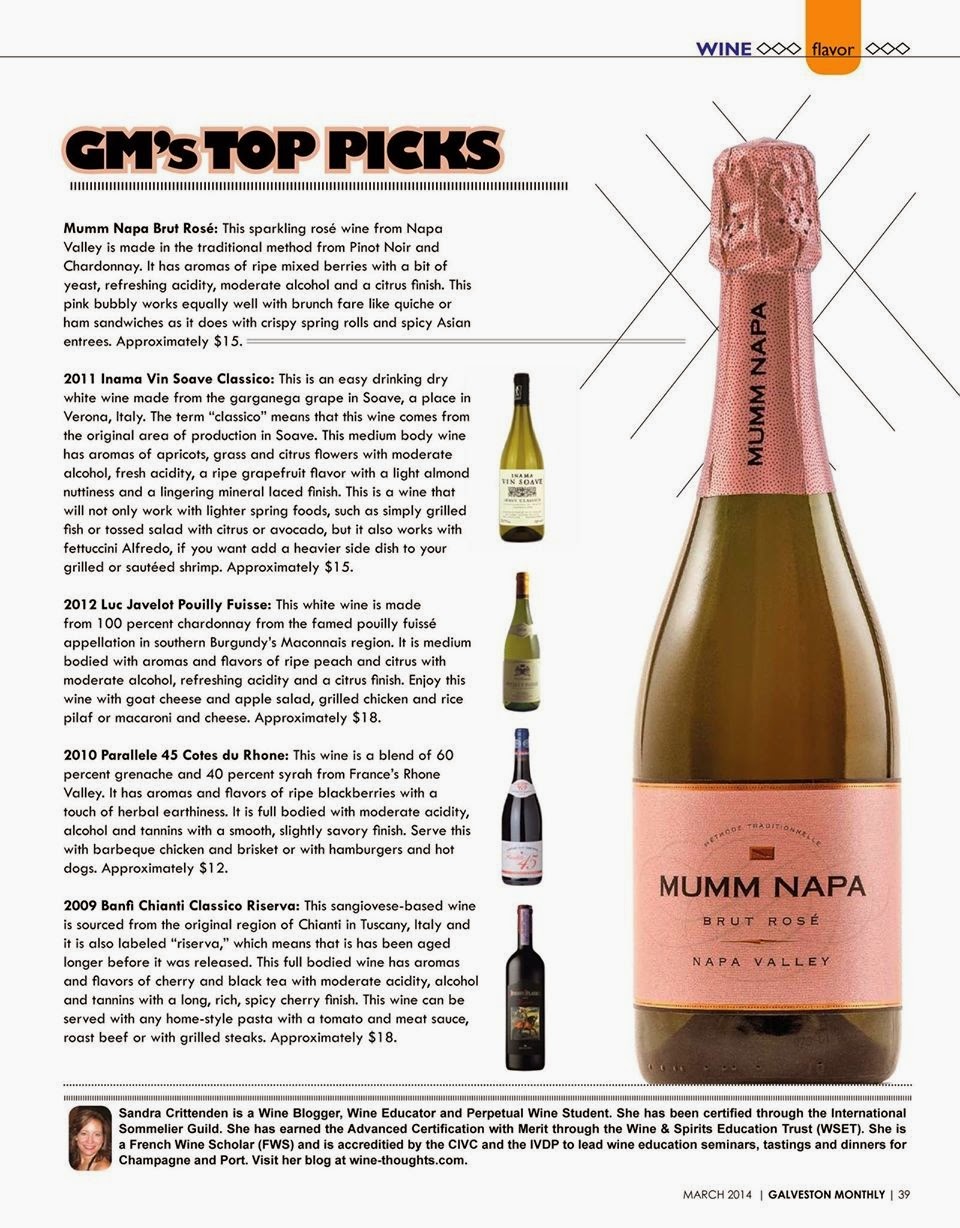 The 2012 Ipsum is a 100% Verdejo wine sourced from vines that were grown organically in a high elevation vineyard in Spain's Rueda region. The wine was fermented with the grapes' natural yeast and aged in stainless steel with no malolactic fermentation for a pure interpretation of what this terroir can produce.

I really enjoyed this refreshing wine and I will be looking for more! It had fresh aromas of citrus blossoms and peach with flavors to match. It had a medium body, medium + crisp acidity with a clean, mineral-laced citrus finish. The perfect patio sipper for spring and summer, highly recommended and a great deal at $12!

The Houston Sommelier Association hosted another fantastic seminar and tasting. This week, members were treated to an in-depth discussion of the terroir of Chablis and how it influences the wines that are produced there. The seminar was led by winemaker Jean-Philippe Archambaud of Simonnet-Febvre. 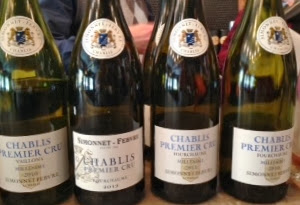 We started with the 2012-2010 vintages from two Chablis Premier Cru vineyards, Vaillons and Fourchaume. They both have the famous Kimmeridgian limestone soil. Vaillons is located on the left bank of the Sereine River and Fourchaume is on the right. The Vaillons vineyard's history is to create more accessible wines. For both of these wines, Jean-Philippe prefers to use all stainless steel, no oak barrels in this production, he does allow full malo-lactic fermentation for complexity; he does not engage in any battonage or stirring of the lees during the 10-12 months that the wine ages with the yeast.

Jean-Philippe discussed 2012 as being a rather difficult year with a wet spring and a windy June, it ended with warm, dry weather which saved the vintage. Yields were down and the wines produced were not typical of the region but they were good.
2012 Vaillons - ripe peach aroma with fresh melon flavor, smooth, moderate acidity, fruity finish
2012 Fourchaume - slow to open, light floral aromas of citrus blossom with lemon zest flavor, citrus/mineral finish.

The prior year was also a difficult year with an early spring followed by a cold, windy May. This also led to lower volume production though it created a more typical Chablis wine.
2011 Vaillons - more austere, linear, lemon
2011 Fourchaume - rich lemon zest aroma and flavor with a touch of mint, longer finish

Next, we looked at the Simonnet-Febvre Chablis from the Grand Cru vineyards of Les Clos and Les Preuses.  The Preuses vineyard is on the steepest part of the hillside on Kimmeridgian limestone with longer hours of sunshine and better drainage than other parts of this climat. Jean-Philippe feels this is the purest example of the terroir; he prefers to use only stainless steel with 15-18 months on the lees to try to achieve this expression in the wine.
2011 Preuses - floral citrus blossom and honey aroma, lemon and mineral finish
2010 Preuses - honey, lemon and mushroom with a long mineral finish
2009 Preuses - lemon richness with a bit of mushroom followed by acidity with a long slightly saline mineral finish

Les Clos produces more powerful wines with great age ability, in fact, they need some aging for optimal enjoyment as they can be austere in youth. Because of this, Jean-Philippe Archambaud prefers to ferment half of the wine in barrel and half in stainless steel with the 15-18 months of aging on the lees.
2011 Les Clos - very closed, lemon.
2010 Les Clos - A slight reductive character that tells the winemaker that this wine is going to age well; citrus and a bit of baking spice, long finish
2009 Les Clos - lemon, dried herbs and mushrooms; rich, flinty minerality, long finish. 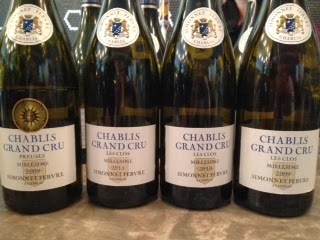 After three years of low yields due to the weather in Chablis, it was interesting to taste two of those vintages and see how good the wines were despite the hard growing season. The downside for consumers will be increased prices as availability decreases due to the lowered volume of production over multiple consecutive vintages, so get it now.


Thanks again to the
Houston Sommelier Association
for providing these educational opportunities to our local wine professionals!
on March 07, 2014 No comments:


I had the opportunity to meet Coyam's resident winemaker, Noelia Orts, last week while she was in Houston hosting a tasting and lunch at Masraff's. Originally from Spain, Noelia worked for wineries there and in New Zealand before heading to Chile for the 2009 vintage. She began working for the Emiliana family shortly thereafter along with consultant winemaker, Alvaro Espinoza. Noelia talked about the vineyard and her feelings of responsibility not only to help create great wine but to help enhance the lives of the workers and the people that are involved in every facet of the vineyard and winery life.

Going organic and biodynamic not only means less chemicals, it means more work. This work requires more people for the manual labor. This labor includes planting multi-colored flower beds every five rows to draw insect attention away from the vines, it involves tilling lentils into the soil to release nitrogen organically, it means moving animals and chicken houses around for fertilization and to control insects. Noelia talked about teaching organic gardening and beekeeping to workers and other efforts taken by the winery to help uplift the surrounding community. She has felt this sense of responsibility to the people even more strongly since the earthquake in 2010 when she witnessed the spirit of the Chilean people as they worked to persevere and move forward in spite of the trying circumstances.

Regarding the wine, Noelia stated that the philosophy about the wine making comes from Alvaro Espinoza who told her, they were "not making Coca-cola", they wanted to express the year. The wine is produced in a state of the art gravity controlled winery using natural fermentations with mostly French oak barrels and they bottle on site. Each year the blend is different, there is no set recipe, the wine is a blend of the best that the year had to offer. 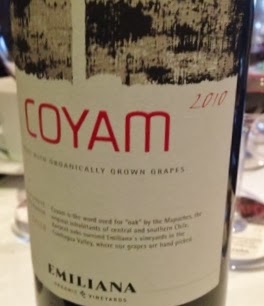 The 2010 Coyam is now available at HEB, Spec's and Costco with a suggested retail price of $29.99. It is created from biodynamically grown grapes from Chile's Colchagua Valley. Recommended.